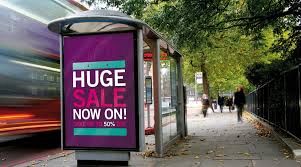 Now, how did the surest and only means of advertising back in the days end up being rendered ineffective?  In the present day and age, marketing is becoming increasingly digitised. Consumers are accustomed to social media, with even the older generation being introduced and interested in it. With consumers being so occupied with what’s on the net, it is natural that the tangible medium is neglected. Not to mention tangible advertisements such as banners when consumers are already prone to reject advertisement contents.

Marketing methods that are too aggressive are bound to push consumers away instead of drawing them in. Traditional or outbound marketing are usually constructed to impose brands’ convictions and offers on consumers to attract them. However, such methods do not resonate with consumers unless the products being offered are genuinely what the consumers have an existing interest in.

Consumers love being spoilt for choice and in control.  They like the freedom of being able to browse through all the available options and pick the best. That is one of the key reasons why traditional marketing does not work- its lack of subtlety.  As consumers are perpetually on the web these days, many organisations alter their strategies to fit these needs and browsing patterns. One might wonder if there is still a need to do traditional advertising, or would simply sticking to digital be more ideal.

As much as demand for traditional marketing is lacking and costs are high, veteran marketers still perceive it to be feasible. This is because, since majority of the organisations are transitioning to digital marketing, some consumers are too accustomed to digital ads, resulting in ad fatigue. A combination of traditional and digital marketing is still perceived to work, as consumers will still pass by banners, billboards and stop to take the occasional flyer.